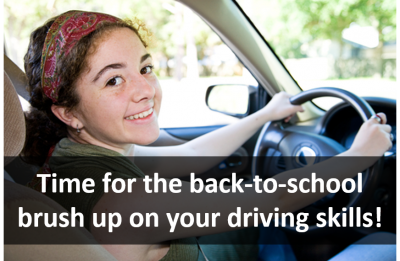 The end of the school holidays is on the horizon once more, and now is as good a time as any to re-evaluate your driving skills. This way, you can be assured of your abilities and the safety of those not only within your car, but around you as well. Remember, roads are suddenly a lot busier when the kids return to school and it’s important to be alert and diligent in and around school zone areas.

During those morning and afternoon commutes, dropping off and picking up the kids are very hectic times of the day. Not only are there loads of cars in the vicinity of the school, but school buses, bikes and kids on foot as well. This naturally leads to an increased risk of a minor or major collision, not to mention the chance of hitting a pedestrian.

Let’s look at some tips to help you remain focused and re-evaluate your driving.

Always Be Aware of the Speed Limits

Obviously, speed limits for various roads and areas should always be recognised and observed, but it can be extra tricky when it comes to school zones. Generally speaking, roads that run through a school zone will have reduced speed limits during peak times of the day.

It can be easy to forget this, so it’s something that drivers (whether actually going to the school or passing through a school zone) need to be constantly aware of.

While the speed limit in most residential areas is normally 50 km/h, during school zone times in the morning and afternoon, that speed limit may be reduced to 40 km/h. Different school zones will also operate at reduced limits at different times, so be sure to check.

Don’t Leave It Until the Last Minute

You don’t want to be in a rush in a school zone. There are just too many dangers present. Even if you’re going the speed limit or under, if you’re flustered because you’re late, you could potentially make poor driving decisions or simply not be properly focused.

Leaving early, whether it be morning or afternoon, will give you plenty of time, help you avoid the traffic congestion and allow you to have a relaxed and much safer journey.

Keep An Eye Out for School Patrol near Crossings

These people are volunteers who show up during school zone times to help children (and parents) safely cross the streets at designated school zone crossings, or they may be students from the school. These volunteers need to be respected and obeyed for everyone’s safety.

Avoid Distractions As Much As You Can

While it might be impossible to avoid distractions altogether, especially when children are in the car, the more distractions you can avoid, the better you’ll be able to concentrate on your driving.

For starters, you could keep the radio and music off so the noise isn’t a distraction. Also, avoid taking pets along for the ride, as pets and excited kids will usually lead to restlessness inside the car.

Avoid the use of mobile phones, even by those who are not driving, and refrain from eating and drinking while sitting behind the steering wheel.

Anything that you would consider a distraction that you can avoid, take it out of the picture so you can focus your full attention on the task at hand; safely driving your car.

Why Try and Drive All the Way Up To the School Gate?

When dropping your kids off at school, or even when you pick them up for that matter, you don’t necessarily have to try and dodge and bustle your way right up to the main gate. Instead, consider a drop off and pick-up point slightly away from the main traffic congestion. This will make it a lot easier and somewhat safer, each and every time you arrive at the school during school zone times.

Even if it’s a location one hundred metres down the road, it’s not far for the kids to have to walk and will provide you with peace of mind and a far more relaxed journey overall.

While a 3-point turn or a U-turn might be standard manoeuvres in certain areas on particular roads, they can become a real hazard in a congested school zone area. It is never wise to attempt one of these types of turns with mass vehicle and foot traffic around, let alone in a zone where there are lots of young children wandering about.

Brush Up On Your Road Rules

Practicing your actual driving skills is one important aspect of safe driving, but so is being fully aware of all the road rules. Not only will this make you a safer driver, but you’ll also avoid any traffic violations in the process.

You can go online and test your knowledge of road rules, so you can brush up on them before you find yourself out amid heavy traffic day after day once school starts up again.

This is a wise idea for all drivers, as learning defensive driving skills arms you with the ability to react in the right manner, make the right decisions and avoid a potential collision.

There are many places in New Zealand where you can learn defensive driving skills, so it is well worth considering.

Let’s quickly summarise the main points in this article for easy reference:

Parents can all suffer from post school holiday lethargy when it comes to dealing with the school hour rush, so it’s important to be ready and alert when the time comes to brave the traffic. Being aware that you might be rusty is the first step, so brush up on your driving skills so you, your kids and everyone around you is safe when school starts.